Math at PTAA is taught using the Singapore method and curriculum. Since the International Association for the Evaluation of Educational Achievement began assessing math and science achievment in 1995, the U.S. has consistently ranked below Americans' expectations. Singapore, however, has dominated the coveted #1 spot world-wide. The method developed by that small country's Ministry of Education was based on brain development theory, mastery of fewer concepts in greater depth, a focus on problem solving, and a concrete to pictorial to abstract approach. Upon implementation of the new method and textbooks,  Singapore shot to the top of the charts. In the 1990's this method was brought to the United States and is now implemented in public and private schools across the country.

The results from our formative assessments truly identify student knowledge gaps and areas of strength, so students are set on the right path, right out of the gate. Math concepts are taught with a concrete–pictorial–abstract learning progression through real-world, hands-on experiences requiring an extra step more than would be used in most American classrooms. Students are taught how to use model drawing to solve those word problems, diagramming the elements of the problem.

Singapore math requires children to understand how something works, like long division. But they’re also going to understand why long division works, not just the how but the why. Students are then typically ready for algebra and geometry in middle school. Algebra readiness has been a weak area in American educational systems for years, as evidenced by state and national student assessments.

Finally, an important factor in our adoption of Singapore Math is that it aligns with Common Core standards which were developed by studying the curricula used by successful countries, including Singapore. PTAA middle school math includes topics considered to be Algebra 1 (such as the quadratic formula, fractional exponents, factorization of algebraic expressions) that are not part of the Common Core Standards for grade 8 but are part of the Singapore syllabus at that level. 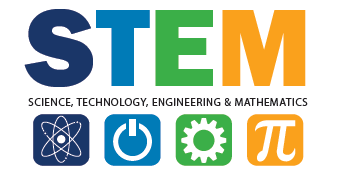